A: Could you explain When and How you came to lose your hearing?

L:Well, I was born hearing but when I was two years old I got meningitis. Apparently, it left me in a vegetative state and the doctors were unsure if I would pull through. But I did (said grinning) I came back with everything apart from my hearing. No one knew that though for quite some time until my mom realised I was quite unresponsive to sounds. Between the ages of two and four I was deaf. Until aged four when I was given a Cochlear implant.

A: How it was for you growing up?

L: ASL (American Sign Language) was my first language around friends and family. Although I was having speech therapy growing up I still wasn’t really connecting with the hearing world and getting the practice, so it was hard. All my friends were deaf and signed. It wasn’t until I moved to the UK aged 14 that I jumped into the hearing world leaving my signing friends back in Arizona. My speech therapy continued for a few months before being signed off as they felt I was doing well enough to go it alone. With that, my tools and methods for interacting became solid. For example, being able to say when I needed someone to repeat something.

A: Has there been any technological advances in your cochlear implant?

L: Yeah, my old one looked like a box with a bit of string. (Laughs) The box connected to your belt loop which was a bit of a dick. 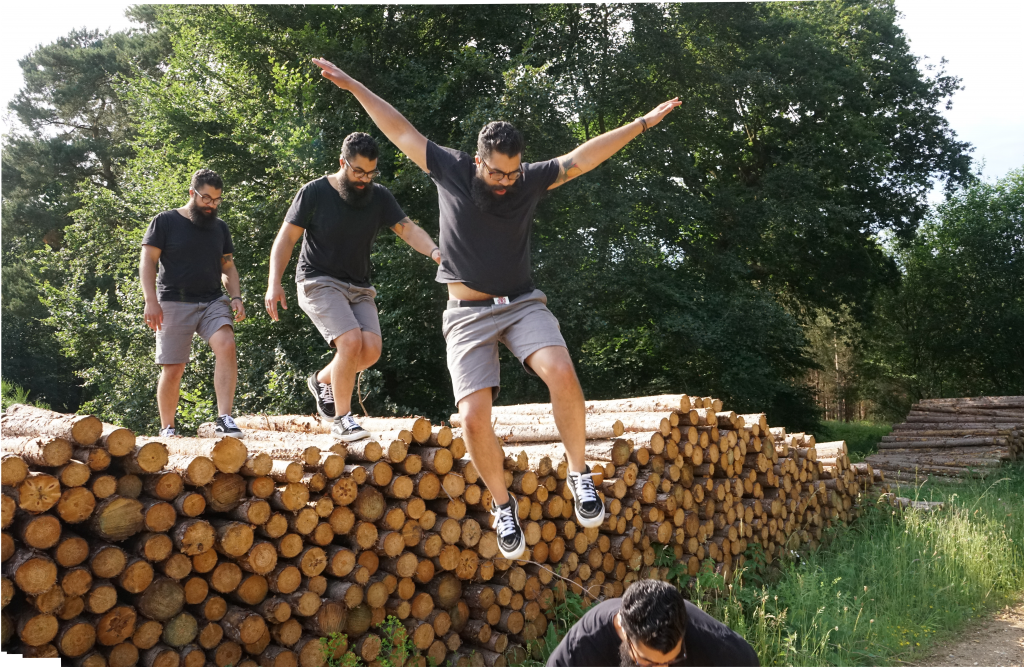 L: Because I was forever getting it caught on things and snapping the wires. Sometimes the Cochlear company would send me replacement wires that were too small so I was limited to how much I could move my head.

A: I’m pretty sure I remember it took batteries?

L: Yeah, old school double A batteries, that ran out often, I swore by my rechargeable batteries.

A: Why do you think the batteries ran down so quick?

L: Because I set the sensitivity of my implant to the maximum as I wanted to hear everything. And because I was exposing myself to louder environments, like gigs, people, etc. They drained the battery batteries pretty damn quick.The technology changed significantly. The Cochlear Implant company stopped making the parts for my old implant and that forced me to change to the new style implant, which has no wires. The transition was hard, different technology meant different sounds, so it took some time adjusting to! I remember when I first made the transition it was so sensitive I could hear someone talking at a distance.
Everything was going well until in September 2016 the part of Implant that is in my head stopped working, because it was old. I had to undergo a major surgery to have it replaced, once that was done the implant was switched back on. Instantly I noticed the difference, it was more digitized or as my sister says ‘Hi Def’. 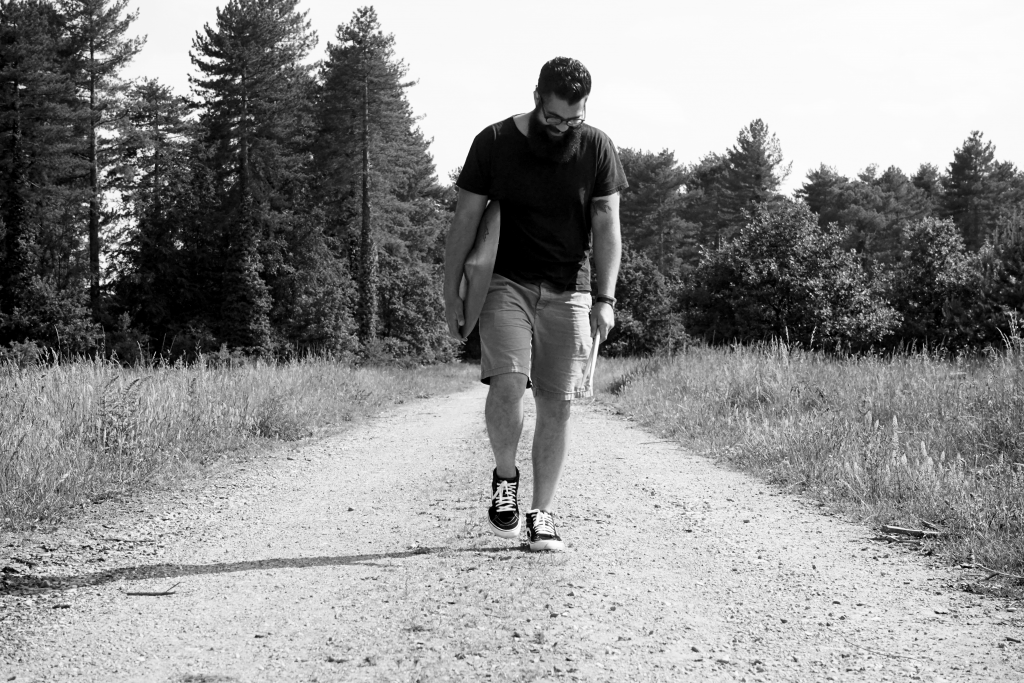 A: Does the new style implant have any cool features?

L: Other than the improved sound quality, it comes with Bluetooth which means I can hook up directly to my phone. Also, there’s not lengthy process when I go to an audiology appointment with the new system they can change one or two settings; and then it makes the estimate for the rest of the program settings.

A: What other features would you like to see it have in future?

L: Some sort of technology that doesn’t involve the external part of the hearing aid.

I can do one better, I can show you a trusty video courtesy of Cochlear.com

A: What was your relationship to music growing up- Did being deaf have any impact either positively or negatively?

L: I didn’t listen to much of music growing up other than singing along to an Oasis CD in Arizona. Then I discovered Gorillaz- Russell (the drummer) was my idol. There was a school opportunity to be part of the orchestra so I auditioned for violin but they didn’t have any left so I settled for playing the snare drum. But I didn’t like it as I had to carry to and from home, almost every day. So, I quit, but I wanted to play again so I got drum kit lessons, my teacher played bass and we jammed. All this was set up just before I moved to the UK and I received a Gretsch Black Hawk kit for my birthday and it was shipped to the UK along with the rest of my belongings. When I arrived in the UK I set up my kit in the garage, and continued to have lessons until my teacher said it’s about time I carry on by myself.

A: Did you have any role models deaf or otherwise?

L: My mom because she pushed me and said I could do it. Oh and Russell from Gorillaz.

A: When you drum, what do you hinge your timing on?

L: When practicing I rely on the metronome or focus on parts of songs I play along to. During live situations I keep count and look at the other musicians. If there’s a vocalist I listen to the lyrics and try to go along with that. The Bluetooth function on my Implant allows me to use the metronome on my phone. It does have a dedicated music setting but I rarely use it as I try to keep everything as ‘normal’ as possible and disregard the noise cancellation function. What’s the point if you can’t play music loud mm?

A: What advice would you give to someone who is reading this and has an impairment and has an interest in music?

L: Work to your strengths and then expand from there. Music is very adaptive.

A: Have you ever felt you have been treated differently or encountered any problems?

L: I did have a bit of a hard time in the UK high school- during music lessons I wasn’t included as much because they assumed my deafness would get in the way of my learning, so I just ignore them and keep on doing my thing I’m the drums and music in general.

L: My first and only gig so far was at the Pheasantry Pizza Express Jazz club in Chelsea, for Q magazine. It was a paid gig, prior to that I had rehearsed in the studio, I was asked to play loud and solid. I arrived at the venue for sound check and the front of house engineer said that my playing was like a machine gun in someone else’s head. ‘Oh..my bad.’

The Contortionist Transcription Thoughts & Concequences Welcome! Memoir Bright Lights and Breakdowns Luke Nichols -Life in Hi Deaf
© Afrika Green 2021. All rights reserved.
Website design by Optimus Design
This website uses cookies to improve your experience. We'll assume you're ok with this, but you can opt-out if you wish.Accept Read More
Privacy & Cookies Policy

This website uses cookies to improve your experience while you navigate through the website. Out of these, the cookies that are categorized as necessary are stored on your browser as they are essential for the working of basic functionalities of the website. We also use third-party cookies that help us analyze and understand how you use this website. These cookies will be stored in your browser only with your consent. You also have the option to opt-out of these cookies. But opting out of some of these cookies may affect your browsing experience.
Necessary Always Enabled
Necessary cookies are absolutely essential for the website to function properly. This category only includes cookies that ensures basic functionalities and security features of the website. These cookies do not store any personal information.
Non-necessary
Any cookies that may not be particularly necessary for the website to function and is used specifically to collect user personal data via analytics, ads, other embedded contents are termed as non-necessary cookies. It is mandatory to procure user consent prior to running these cookies on your website.
SAVE & ACCEPT